as told to Marco Amedeo; Movieland and TV Time, February 1967 What makes one letter more appealing to a star than the next? This month Peter Deuel tells what catches his ...
END_OF_DOCUMENT_TOKEN_TO_BE_REPLACED

Rochester Democrat and Chronicle, June 17, 1968 "I don't see why I can't function like anyone else, if I want to, as a political activist, or as an individual who is ...
END_OF_DOCUMENT_TOKEN_TO_BE_REPLACED

by Felicia Lawrence; Movie World, February 1970 They thought her too big for her britches, and impossible to work with—except one man! The sleek limousine approached the curb and stopped, and quickly ...
END_OF_DOCUMENT_TOKEN_TO_BE_REPLACED

Having worked myself for newspapers over the years, I know they’re not as factual as they report to be. So, while you read through the dozens of news articles that have been published about Pete Duel, his life, his death, his dreams, please keep in mind that not all of the facts within these articles are actually facts.

For example, Pete didn’t die on New Year’s Eve. He died on New Year’s Eve Day, very early in the morning. Pete didn’t get turned down for a role and shoot the rejection letter after he pinned it to a wall; he got turned down to sit on the Screen Actors Guild board. There is no record of Pete being engaged to or planning to marry Dianne Ray. Which brings up another point: even in the same news articles, her name is spelled several different ways. On this site, it is spelled one way (in other words, I’ve corrected the spellings). I’ve done the best I can to update the facts or leave out blatant mistruths or typos or misused words, but you need to keep in mind that newspapers and their reporters are quite flawed. Don’t believe everything you read!

Overall, however, the news will give you a flavor of the time and many an insight into who Pete Duel was, who he aspired to be, and perhaps why he left us so soon. To know the facts, please read his Biography as it is published here on the Pete Duel Memorial Site. It’s as close to the truth as anyone has yet come — because it was edited by Pete’s brother, Geoff Deuel. Thank you. 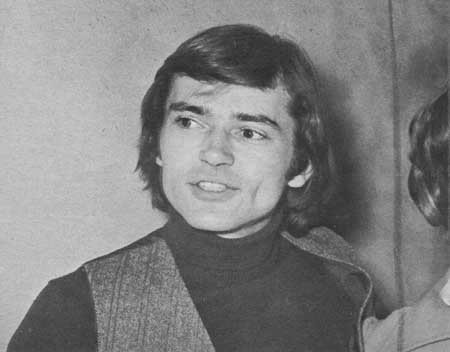