I only met him briefly and didn’t really know him well enough to contribute to your book except to say that I felt sorrow and helplessness when this happened. But I applaud you for keeping his memory alive.
—David Soul, Starsky and Hutch

I do remember Alias Smith and Jones … which I enjoyed doing so much. My first Western, riding around the desert with two “cowboy” actors! Pete was an interesting, rather unhappy man … he could have achieved a lot, but the weight of being in a successful Hollywood series with many demands and long, long hours and some private troubles all were too much. Our time working together was too brief for us to get to know each other better, but I sensed something special in him, a real talent. He died only about two weeks after we worked together and I was deeply shocked and upset. Guns as ever here in the U.S., too readily available.
—Jane Merrow; Sister Isabel in the Alias Smith & Jones episode, “The Reformation of Harry Briscoe”) 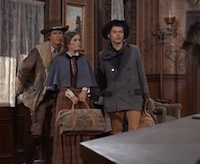 Of course, the Alias Smith & Jones episode I did was quite a long time ago. Just about all of my scenes were with Ben. However, I do remember Pete as a bright and charismatic guy with an impish sense of humor. His girlfriend was lovely and a constant supportive presence on the set. He was a true professional, despite vague rumors of excessive drinking. I never saw any evidence of that and was shocked upon learning of his suicide. It’s really none of my business, but at the time, I couldn’t help but think that it had to have been a self-inflicted accident of some sort.
—Heather Menzies Urich (widow of actor Robert Urich and the ‘girl’ in the Alias Smith & Jones episode, “The Girl in Boxcar No. 3”)

I was shocked, but not entirely surprised. I hate to have to say that, but it’s true. I wasn’t entirely surprised. Peter just had very high expectations of what he should be in the world, what he should do as an actor, the types of roles he should do, that it should be meaningful, and that filming should be meaningful; it should express the human condition or it should solve the world’s social problems or it should do something where it’s not just frivolous entertainment, quote unquote. I’m sure if Peter were alive today, and I would go, “Petey, why did you do it?” I’m sure that he would give me that impish grin and he would smile and you would love him, and he’d go, “I goofed up.” But I’m not sure he wouldn’t do it again.
—Ben Murphy, co-star, Alias Smith & Jones

There was something deep inside of him that kept him from enjoying fame and from the exhilaration.
—Glen Larson, writer, producer, Alias Smith & Jones

I figure I’ll remember Pete on horseback. That’s the way I like to remember him: on horseback. Picturing him riding away, turned around halfway in the saddle with a big smile, saying, “Yahooy! Here we go!”
—Monty Laird, stuntman, Alias Smith & Jones

He was a terrific actor. He had wonderful [comedic] timing. He was just a very talented guy . . . I know he was very concerned about the environment and all kinds of world problems . . . The word around was that Peter had a drinking problem. But he didn’t come in with slurred speech or too tired to work or anything like that. When he came in to work, he did his work and he did it well and you would never know. On certain days, he’d be very up and upbeat and kind of manic. And on other days, he’d be very intense and not in the mood to shoot the breeze. Of course, when the camera was rolling, all of that disappeared . . . I always got the sense that he took these things personally, and that he was frustrated that he couldn’t do enough to help solve the problems of the world.
—Jo Swerling, writer, producer, Alias Smith & Jones 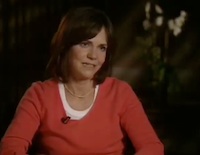 I loved Pete . . . I loved him, loved him, loved him, loved him. Pete just . . . was Pete. Bless him and goddamn him because he isn’t alive and he, you know, killed himself. I’m sure I’m not the only one in the world that wished he hadn’t done that. He was a tremendously gifted actor. I never knew how troubled he was because he always treated me, I think, like a big brother would, which I hated him for it. ‘I’m not your sister. Don’t treat me like a girl!’ But I was Gidget, I think, to him.
—Sally Field (from the commercial release of Gidget on DVD)

We went over to Catalina Island and I thought we were having fun. We visited a few of the boats in the harbor. Kids came up to Peter all over the island and treated him very much like a hero. But he didn’t seem to feel that was something of significance. He was very nice to the kids; he wasn’t arrogant or stand-offish, but there were issues in his life that wouldn’t allow him to fully appreciate what he meant to them.
—Glen Larson, writer, producer, Alias Smith & Jones

Hollywood lost a brilliant actor and I lost a loyal friend. I shall never forget him.
—Judy Carne (from her autobiography Laughing on the Outside, Crying on the Inside)

I was roped into doing an interview with [Pete] shortly before he became a ‘regular’ on the Gidget series. I was pleasantly surprised to find him to be a very groovy person, filled with enormous zeal and appetite for his craft. Acting was such a huge part of his life, and he didn’t just want to be good at it. I could tell from talking to him, even then, that he had to be.
—Janey Milstead, FAB 208, early 1972 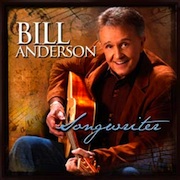 [Pete] was very kind to me [the day I worked with him on Alias Smith & Jones], even though he obviously had troubles the rest of us could not see. I didn’t really get to know Pete Duel well enough to say much else about him for you — except that I didn’t get the feeling he knew who I was, even though I had had several hit records by the time I was on their show. He just seemed to be genuinely concerned that I be made to feel at home with him and the rest of the cast. That’s not always the case in this business where egos often get in the way of kindnesses. He was truly kind. Also with permission: this excerpt from Country Party Line Column by Bonnie Bucy, TV Radio Mirror, April 1972: I worked closely with Pete. It was my first effort at straight acting and he couldn’t have been nicer. He helped me an awful lot and I got the feeling if we had time, we could have really become good friends. We talked about the recording industry and the Nashville Sound and he said he hoped to visit Nashville someday. I’ll remember Pete Duel as a real pro, although I only knew him one day. He gave me confidence and helped me to relax when, in truth, I don’t guess he even had to give me the time of day.”
—Bill Anderson (award-winning country singer, co-writer of the country hit song, ‘Whiskey Lullaby’)

Sometimes it aggravates me when Peter smokes. He’ll light a cigarette during rehearsals, and I’ve got to stand there and breathe it. You see, we work so closely together, it’s impossible to avoid it. So I punch him and tell him to stop smoking, and he tells me to get lost, and that’s it . . .
—Ben Murphy, co-star, Alias Smith & Jones

Either way, the world has lost. This man cared. He wanted everyone to be free. Few have cared so much for his fellow man as Pete Duel.
—John Napier, friend and photographer (from Movieland and TV Time, April 1972)

Also from John Napier: His tragic, accidental death has left all of us who loved him so much in a state of shock and bewilderment. In shock because it came so suddenly, as all accidents do, without warning. Bewildered that such a young fruitful life should suddenly be snuffed out denying him the beauties and pleasures of future years and denying you and me the pleasures of watching his creation of different characters in performances that took us out of the realm of our own humdrum lives and transported us into his majestic world of the theater. Much, much more than that: Those of us who were close to him and shared his personal and public life will greatly miss the Peter Deuel we knew so well and the pleasure of his inspiring company. He had a great deal to live for. He had a brilliant future ahead of him. We had made many plans and it was only a matter of time until he realized his dreams and hopes.

Peter was a very sensitive and dear man. I liked him a lot. A very sweet guy. He loved animals; I remember that he liked dogs. And I had a great time working with him. He was easy to work with. I really did like him. Such a tragedy his death was.
—Earl Holliman, actor, played ‘Wheat,’ Devil’s Hole Gang, Alias Smith & Jones (by telephone, 2009)

I interviewed Pete once. The afternoon of the interview was a particularly beautiful and clear California day. Pete wore a dark turtleneck sweater, Levi’s, and boots. When we were introduced, he took my hand and flashed his dimpled grin. I knew instantly that I was going to like him. He was friendly and his answers to my questions were honest. After the interview, I remember thinking what a wonderfully warm, witty, and charming man he was. His laughter was musical and a smile seemed to constantly play about his lips. That’s the way I choose to remember Pete.
—Liz Dagucon, Tiger Beat Spectacular, April 1972

He’s instinctively a giver. He looks into your eyes and a lot of actors don’t. He acts with you and for you and not for himself. That’s a very enviable thing.
—Judy Carne, as quoted, Rona Barrett’s Hollywood, May 1972

I like the challenge of being his agent. He is terribly head­strong and willing to take a suspension at the drop of a hat if the property is not up to par. He’s not afraid to fight with the biggest people, but he’s honest and a beautiful friend. When I was in the hospital, he offered to finance my three children’s education in a private school.
—Marc ‘Butch’ Clavell, as quoted, Rona Barrett’s Hollywood, May 1972

He never ‘went Hollywood.’ He never owned a suit or a tie. He was always just the same as when he first arrived — a nice young guy in a denim shirt and faded jeans.
—Charles Parker, writer, Woman’s Own, June 29, 1974

by Tex Maddox; Movie Life, June 1967 "Does he dare enough? That's the sure way to test any fellow! Add up all he tackles, how he proceeds, to discover what he ...
END_OF_DOCUMENT_TOKEN_TO_BE_REPLACED

as told to Marco Amedeo; Movieland and TV Time, February 1967 What makes one letter more appealing to a star than the next? This month Peter Deuel tells what catches his ...
END_OF_DOCUMENT_TOKEN_TO_BE_REPLACED

Rochester Democrat and Chronicle, June 17, 1968 "I don't see why I can't function like anyone else, if I want to, as a political activist, or as an individual who is ...
END_OF_DOCUMENT_TOKEN_TO_BE_REPLACED