Home From Family, Lovers, and Friends

He was a peach of a person.
—Betty Mathison and Mrs. Jean Keply, Pete’s neighbors

Those who loved him, though heartbroken, must now remember the fine and meaningful gifts that Peter Ellstrom Deuel gave us all in his too brief lifetime. We shall always remember him for his quick, warm smile, his graceful, swift movements, his heart-melting laugh, his kindly, quick humor, his extraordinary performances in every role he ever played, his exciting and brilliant flashes of temperament, his unwillingness to compromise, his unremitting quest for excellence in his work and in his life, and — most of all — Pete’s sincere hope and desire to be good in all the things he did — and to do good unto all others.
—SPEC 16 Magazine, April 1971

Practically everyone who met Pete liked him. He was extremely talented and full of life when he visited the office about five years ago . . . Especially when the man was your friend. Not because you were so special to deserve his friendship, rather because you were one of many he befriended — always in a very sincere way. He cared about people. He cared about animals. He cared about any living thing. And when he cared about something, he assumed the weight of their problems, their burdens, as a matter of course.
—Movieland and TV Time, April 1972

“Are you happy?” he asked me, as a friend. Had the question been prompted by his own unhappiness? Some deep and hidden sorrow even he didn’t suspect? No. There was a simpler reason. It was an honest, interested question, asked by a man who cared about another human being.
—Charles Belden, Silver Screen, 1972 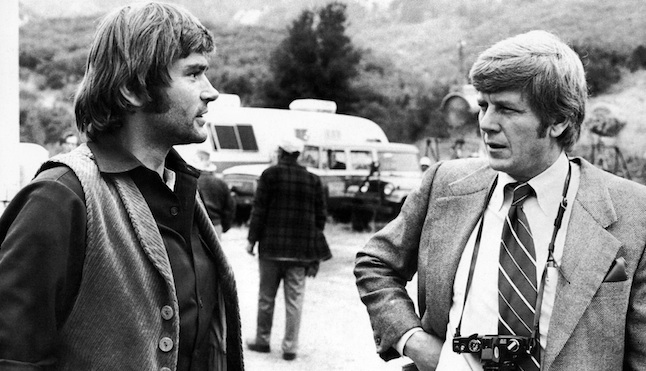 Peter Ellstrom Deuel was a brilliant earthly star. You could easily spot him in a mass of people on a crowded boulevard because he sparkled when he walked. You felt the gentleness of his soul when you looked into his penetrating eyes. When he spoke, you listened and watched intently as his hands made diagrams in the air, punctuating the flow of speech that came so easily. And, his smile!!!! Pete loved life. He was “involved” with life. He loved being involved in movements that fought to make this world a better place in which to live and it was only natural that he gave of his time and funds to fight for the preservation of our environment. The many people who worked with him on any “cause,” whether it be political, charitable, or environmental, will never forget his bright enthusiasm and unfailing energy. I have shared days and hours with him when he was happy, sad, depressed, full of energy, exhausted, laughing, lonely, happy, angry, crying, enthusiastic and ready to fight, play and love. All of us go through many different and varied emotions in a given time and they are all very personal to each of us and, yet, in a way, his were no different from yours or mine. He sought peace in many ways. Peace for himself. Peace for a violent world. And when he signed his autograph for you, it was “Peace and Ecology Now,” meaning that he hoped you would obtain peace for yourself by fighting for a peaceful world and a clean environment. For nearly ten years, Pete and I were friends in the truest sense of the word. For the past six years, I was his business manager and, as a result of this association, I feel I know him better than anyone except [his family]. He was my little “brother.” Peace and ecology now!
—John Napier, from a letter sent to Pete’s fans, titled, “To the Friends of Pete Duel,” 1972

When asked what about his and Pete’s personalities that clicked: Probably that I conveyed to Pete that I would need his help because it was a big role [in Young Country] and I was coming out of New York not really prepared for or knowing what to expect being the lead in the show. And he said, “Don’t worry about it. Everything will be fine.” And from the very first day, when I would say, ‘I’m gonna need you off-camera to be up and helpful and smiling,’ and even though he wasn’t supposed to be smiling, he’d smile for me — you know, that smile — because he knew it lifted me and made me better. And it’s wonderful when an actor who’s with you in a show wants you to be as good as you can be. Because he also senses it will make everything better. And he was just that way. Never, ever, did he say, “I can’t do that” or “Don’t ask me to do something like that.” He never said anything like that. I remember prodding him a couple of times to give me a little extra push in the direction of being warm behind the camera when he was delivering his lines even when the lines weren’t warm or friendly. When we did the “Smiler With a Gun” episode of Smith & Jones, he was again helpful and knew there were a couple of times when I needed that kind of lift . . . because you’re just a bundle of nerves and you want to be good and the effort to be good is very self-defeating. And he knew that, but he was very relaxed in front of the camera. Only a really good actor, a really great actor, didn’t need that kind of help. Pete didn’t need that kind of help. Pete could be on set with anyone and he’d pull it out perfectly every time. He could play up against a welcome mat and you’d sit back and go “wow!” He was good, no matter what. Of course, he’d had some success, too, but that doesn’t automatically make you comfortable in front of the camera. We never had a cross word or anything that was other than positive, and I always found him, I thought, personally, helpful, positive, relaxed, never egotistical, a rather guileless kind of person.
—Roger Davis, actor and narrator, Alias Smith & Jones

My brother and I are very close. We were close as children growing up in the lovely little town of Penfield, New York. We’re still close now. … Pete felt there were other things he wanted to do. Acting was not enough in itself. He wanted to do other things for people that he considered more meaningful — and he wanted to have better parts. Possibly, that was a shame, because he forgot how much happiness he gave to so many people.
—Geoffrey Deuel, brother, as quoted in 1971

by Tex Maddox; Movie Life, June 1967 "Does he dare enough? That's the sure way to test any fellow! Add up all he tackles, how he proceeds, to discover what he ...
END_OF_DOCUMENT_TOKEN_TO_BE_REPLACED

as told to Marco Amedeo; Movieland and TV Time, February 1967 What makes one letter more appealing to a star than the next? This month Peter Deuel tells what catches his ...
END_OF_DOCUMENT_TOKEN_TO_BE_REPLACED

Rochester Democrat and Chronicle, June 17, 1968 "I don't see why I can't function like anyone else, if I want to, as a political activist, or as an individual who is ...
END_OF_DOCUMENT_TOKEN_TO_BE_REPLACED